When Heska Amuna Synagogue was chartered in 1890, most of its members were religiously observant Eastern European immigrants who ran small stores in the downtown business district and were linked by strong ties of kinship. Today, most of our members are professionals who work in health care, education, law, science and technology, or communications. Descendents of those immigrant merchants are still active in our shul, but most of us come from outside the area.

In 1864, a small group of merchant families formed the Knoxville Hebrew Benevolent Association in order to “provide services in the Ashkenazic form, provide a Jewish cemetery, and to collect funds for indigent and distressed Jews.” This association eventually became Temple Beth El, Knoxville’s Reform Jewish congregation. In 1890, a group led by Eastern European immigrants established Heska Amuna Synagogue as an Orthodox congregation. (Local Jews generally still refer to these organizations as “The Synagogue” and “The Temple.”)

Heska Amuna’s name is actually a spelling mistake. Its Eastern European founders apparently didn’t know how to transliterate the Hebrew words Chazkei Emunah or “Strong holders of the Faith” into the English alphabet. Once written into the state charter, however, “Heska Amuna” became the official name. The new group quickly found a small house on Temperance Street in downtown Knoxville to serve as a synagogue, and in 1895 they hired Russian immigrant Isaac Winick as their first rabbi. True to the usual Jewish priorities, Heska Amuna’s leaders first established a school for children before they created a permanent space for worship. When the new sanctuary was completed in 1902, the elders of the community put on their tallesim and paraded down Gay Street carrying the scrolls of the Torah in their arms. Later, the growing congregation was able to purchase a larger building at Fifth Avenue and Broadway. For the next half-century, most Jews in Knoxville were small merchants joined by close ties of kinship or commerce. Knoxville’s Jewish Community Center (established in 1930) became the hub of Jewish social life from the Yom Kippur Break-the-Fast to the annual Purim Ball.

Jewish Knoxville began to change dramatically in the period from 1960-1990. The sons and daughters of merchants went off to college. Downtown businesses began to close, and the center of Jewish population moved to the western suburbs of Knoxville. In 1960, Heska Amuna constructed a new building at 3811 Kingston Pike and became affiliated with the Conservative movement. The congregation became egalitarian in 1988. The growth of hospitals, scientific/technical industries and the University of Tennessee attracted a new group of Jewish professionals to our area. Today, the overwhelming majority of households in our congregation are headed by professionals not born in Knoxville. However, the close-knit character of that small merchant community still remains. 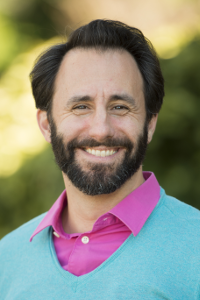 Please join us for Shabbat morning services each Saturday at 9:30 a.m.
Rabbi Ferency